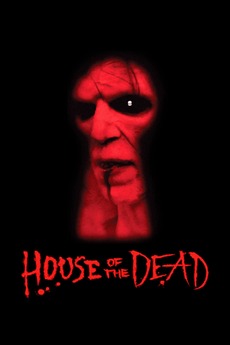 House of the Dead is a 2003 action horror film directed by Uwe Boll and based on the 1996 light arcade game of the same name produced by Sega.


I’m going to cut straight to the chase. This movie is absolutely terrible in every conceivable way possible for a feature-length film. Those who are aware of the director will understand why I think this way very quickly, but for the uninitiated, allow me to introduce you to a rather infamous director. This, ladies and gentlemen, is Uwe Boll.

From 1990 to 2016, Boll had a very active career as a director behind many video game adaptations. Alone in the Dark, Bloodrayne, Postal, Far Cry, and more. All of them shared one particular trait.
There were all abysmal.

Needless to say, Boll left a rather unfavorable perception for himself as one of the worst directors in the film industry. But for the sake of this review, let’s not have any of that factor into my judgment for House of the Dead. I judge this movie on its own merits and Boll’s skills as a director regardless of his behavior or reputation. And I based this review off of that mindset…Yeah, House of the Dead is borderline hilariously atrocious.

Bad acting, poor writing, and production values, barely any connection to the games they were supposed to be adapting, and shockingly poor editing to sloppy lend his films any sort of style. Adding further insult to injury for his reputation as a filmmaker, Boll himself was rather confrontational towards his critics, often to the point where he engaged them in real boxing matches. And during 2015, lashed out online towards anyone who didn’t support his project at the time, Rampage 3.

To start off with, the acting is at best average. Most of the actors give rather dull performances, with the only real standout shockingly being Jürgen Prochnow. The Prochnow was in one of the most acclaimed German films of all time, Das Boat. It’s not his career highlight, but he manages to give some sort of energy and charisma to his character. Sadly for the rest of the cast, they can do little to elevate the rather one-note and poorly characterized roles. I can see the effort, but they were entirely by Boll’s poor direction.

Speaking of that, oh my goodness, is it bad. For what is meant to be a horror film, there is a noticeable void of scenes that can be described as scary or, at the very least, somewhat heart pulsing. There is barely any sense of tone and atmosphere to help the audience to get engaged with the horror aspect, and the laughably choppy editing makes the supposed action scenes a complete failure. It’s a poor man’s The Matrix. Filled to the brim with overused 360 pan shots around the characters and obnoxious use of quick cuts in a poor attempt to emphasize the gory content. And as the dirt cherry to add on top for the film as a whole, there is an infuriating amount of randomly inserted bits from the video game in a desperate attempt to remind audiences that this is supposed to be an adaptation.

Oh, right, this is a video game adaptation. For fans of the original game, House of the Dead will do little to remind them about that tidbit except that they are zombies and a reference that is forced in the ending as another laughable attempt to connect with the game. Now this in of itself could be fine. Maybe this film could oh up in its ow-

Oh, wait, never mind. I’ve long made it clear that this is very, very far from the case.

Alright then, what’s next? Okay, well, the production values are inadequate. The costumes and sets are okay and get the job done, but they are completely wasted on the poor cinematography. It feels very amateurish and unplanned. It just feels as if they were randomly in Boll vain hope that something could be achieved, but it just doesn’t work. The music is faithful to the game but crashes with the movie’s tone when it’s trying to tick its action/horror boxes.

So is there anything to get from this movie after everything I’ve had a say? Well, yes, actually.

The fact that it’s so laughably poor.

House of the Dead is one of those movies where you grab some friends, snacks and drinks, and a nice comfy place to sit around in. Because the lot of you will have a blast ripping this film to shreds for everything it does wrong. It’s the fun type of incompetence that is enjoyable for all of the wrong reasons. Other than that, stay far away.

Look, everyone, once you saw one Uwe Boll film, you’ve seen them all. House of the Dead is easily in the camp of the worst movies ever made, along with just about all the other video game adaptations overseen by Boll. Aside from a decent performance from Prochnow and bouts of unintentional comedy, there’s nothing to give credit here.